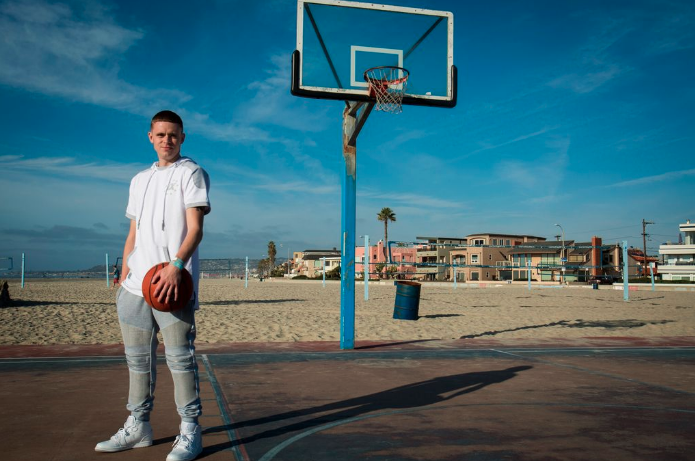 Deuce Brand
x
"The Professor"
Grayson Boucher better known as ‘The Professor’ and Deuce Brand have colloborated on 3 different collections that include the best selling Global Hooper 2.0, GotHandles? & Baller Bands. The Professor truly represents the UNDERDOG Mentality!
About Global Hooper
Grayson Boucher better known as ‘The Professor’ was born and raised in the small town of Keizer, Oregon. Basketball was life at an early age and growing up Grayson was known everywhere he went locally as ‘The Small White Kid With Handles.’ After his freshman year in college, he tried out for the world renowned And 1 Mixtape Tour that traveled the world playing exhibition games in packed out arenas. In a ‘made for TV’ reality series Grayson was then tagged ‘The Professor’ for schooling people on the court as the UNDERDOG.
He had made a household name for himself in the sport that he grew up, dedicating his life to over the course of one summer, becoming known globally namely for his impressive ball handling ability. After being featured on ‘ESPN Streetball’ for his first 7 seasons as a professional, The Professor has been able to parlay a 13 year professional playing career into one quite unique. Still taking to courts worldwide, he regularly continues to impress with his ball handling abilities as the seemingly underdog wherever he’s at and continues to wow crowds as he comes out on top in David vs Goliath type match ups. 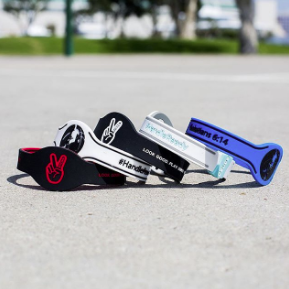 
The Professor has been busy taking people to school 1 on 1 around the world.  This band features his Iconic crazy legs on the front of the band with the sides of the band text "Handleready" & "Galatians 6:14" 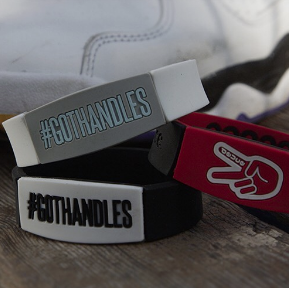 
This Premium Band collection features the Hashtag #GOTHANDLES to represent when The Professor is challenging other players 1 on 1.  The band can be set 4 different color ways with 1 band! 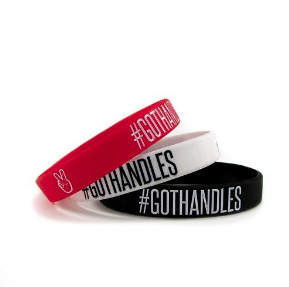 
The #GOTHANDLES Baller Bands can be round on basketball courts around the world.  Collect every color by purchasing a Stack Pack.
Global Hooper Collection
Global Hooper 2.0